VancouverCenter is a public/private venture that has resulted in the development of two city blocks and incorporates three independent buildings, linked at grade by a common plaza, which sit atop an 800-space, three-level structured parking garage. Phase II includes the largest of the buildings, the North Office Tower. At 11 levels, it boasts more than 150,000 s.f. of Class A office space, 36 high-end residential multifamily housing condos and more than 10,000 s.f. of ground-floor retail space. The plaza unites the three buildings through an interactive fountain and a series of public and semi-public gardens.

There were several challenges to build three buildings on such a large site. First, there was a large impact to traffic around the two block site. R&H worked with local jurisdiction on traffic control measures to maintain safety and site production. Communication with the FAA was a unique challenge due to two airports in close proximity to the jobsite. We had to plan ahead to get the tower crane approved, which took four months. With three buildings to construct, having the correct amount of tower cranes and man and material lifts was critical to productivity.

This project was one of our earliest efforts at modeling. We found it to be particularly helpful to integrate the garage structure, plaza and building structure with mechanical and electrical systems. This process helped minimize delays due to unrealized conflicts and potential cost impacts.

The top four floors of the 11-story North Office Building are condominiums, and the developer’s goal was to be able to occupy those condo units prior to completion of the overall building. R&H worked with the City of Vancouver to approve a fire, life, and safety plan that was critical to achieve this early occupancy. A detailed sequencing plan was developed specifically for the occupied buildings so all trades were aware of and sensitive towards the needs   of the residents on site. 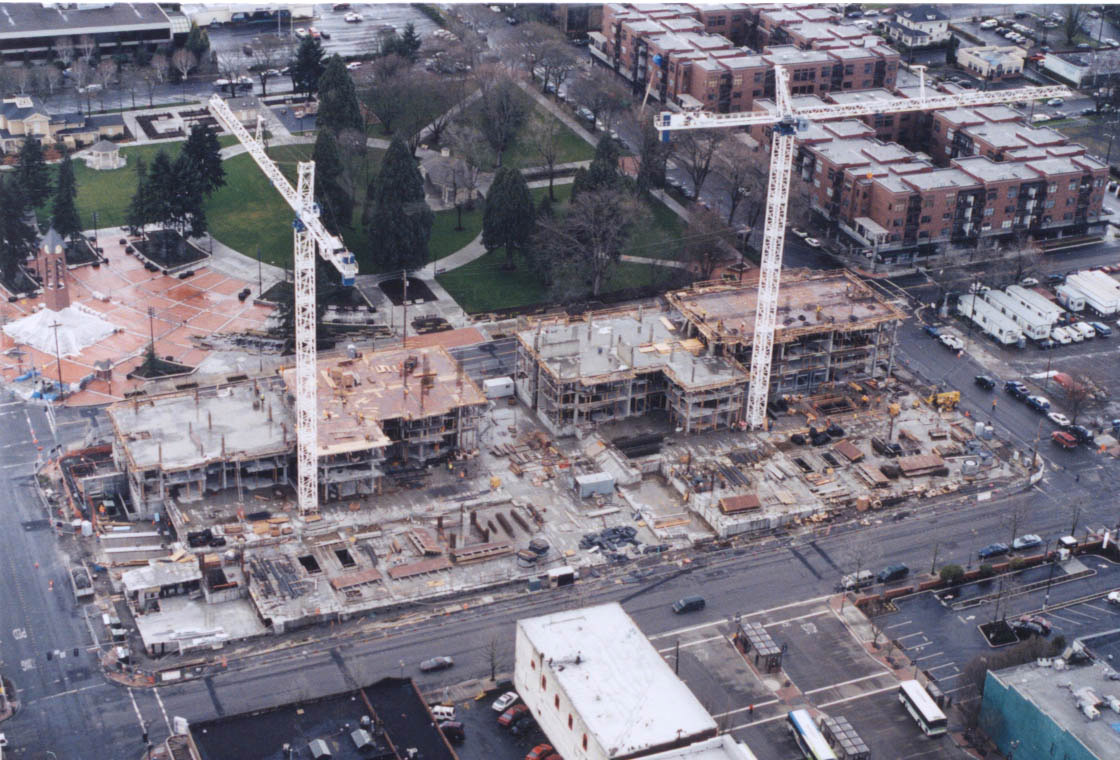