In honor of Women in Construction Week, R&H launched Building Up with R&H Construction, a podcast series featuring short interviews with a few of the many talented women on our team. We had a guiding thought: we see construction happening nearly every day, but what do we really know about the people who change the landscape of our lives? Each episode contains meaningful insights on industry cultural, technological and environmental changes from the perspective of four R&H employees across four different departments. 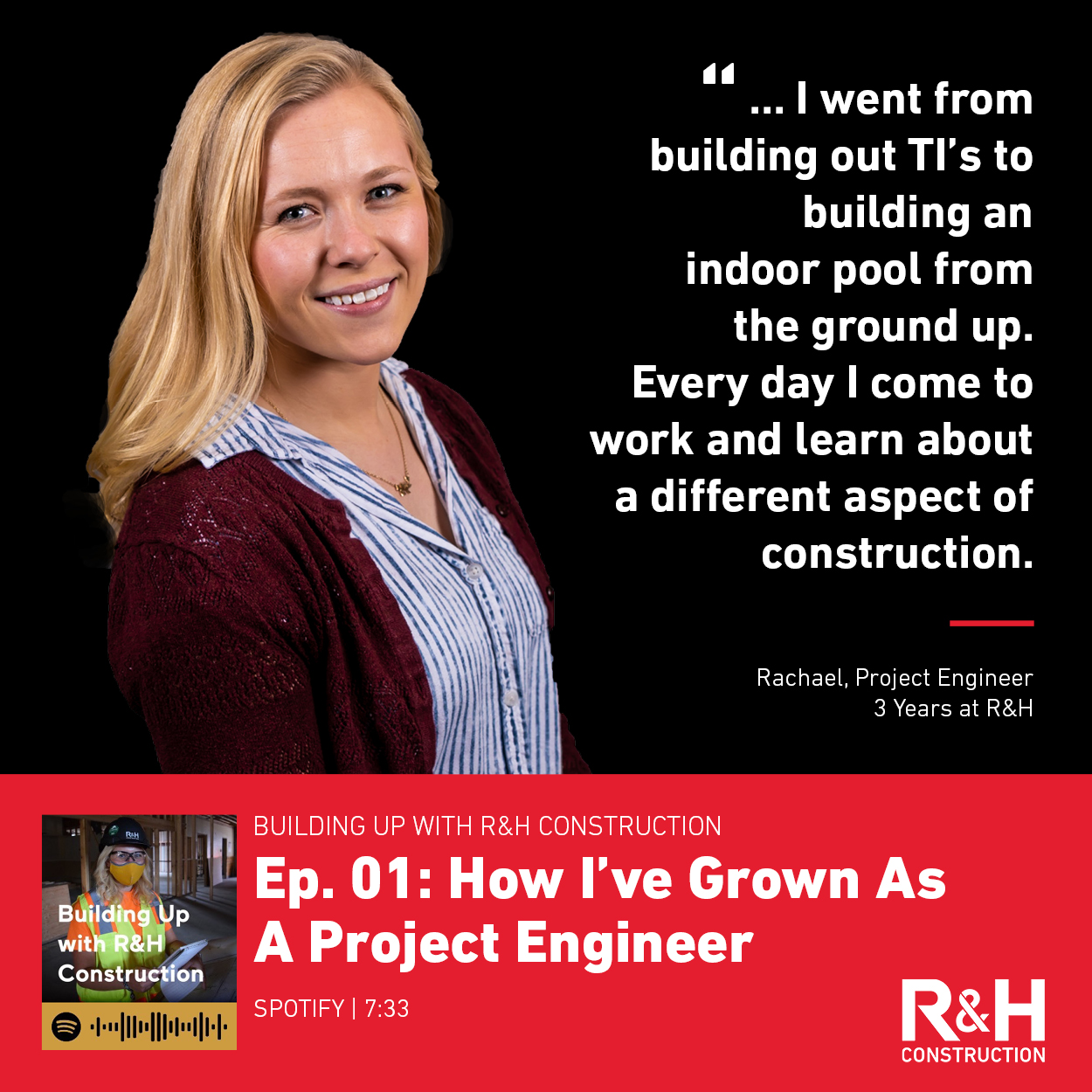 Our first episode spotlights Project Engineer, Rachael. Rachael has been with R&H for three years and has worked in both our Portland and Bend offices. She joined the team with a background in City Planning and has since worked on 40+ projects including multifamily, retail and hospitality projects. She discusses what it’s like being a Project Engineer, what she didn’t expect to master and where she’s found the most growth. 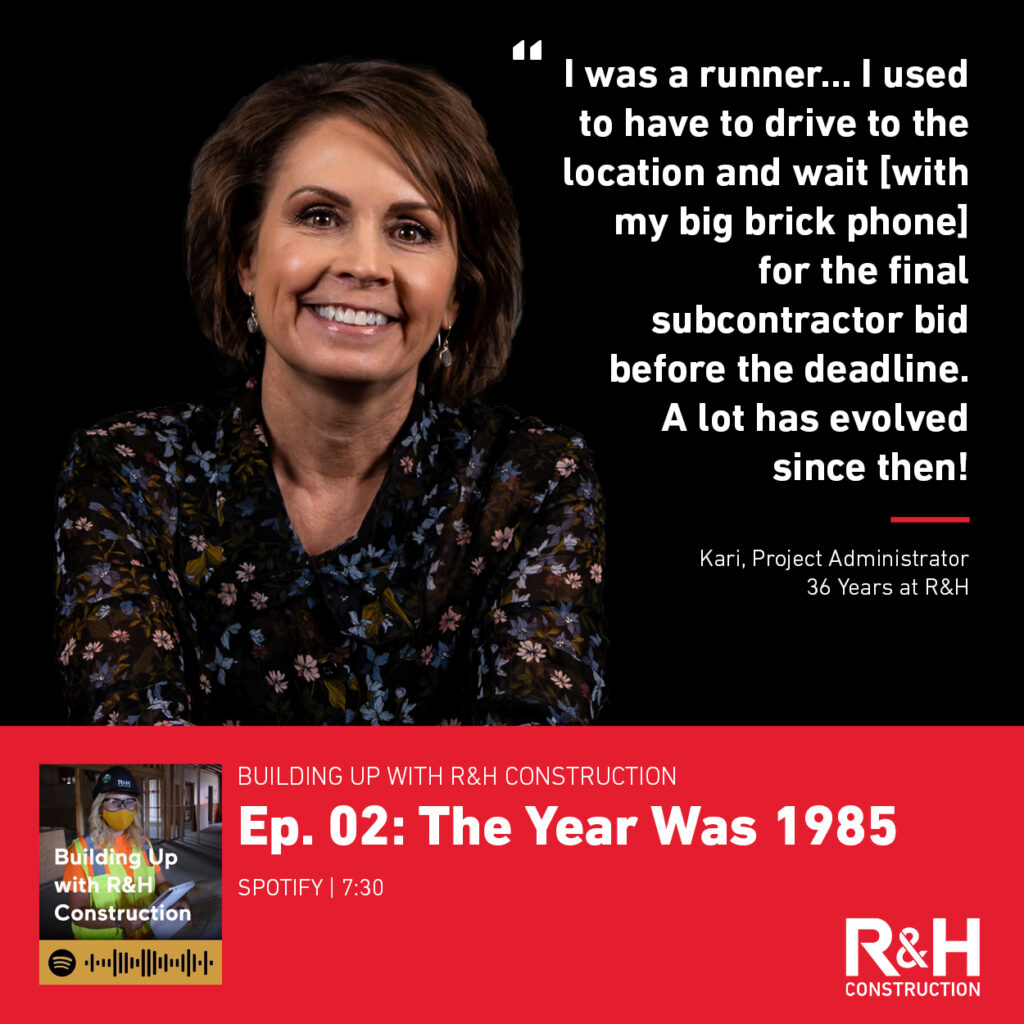 Kari joined our team in 1985—just 6 years after R&H opened its doors—and has in her own words, “worked in almost every department at R&H,” over the last 36 years. Kari has lead and trained others on the essential behind-the-scenes work that goes into completing some of the most complex projects at R&H. We asked Kari to take us through her first days as R&H’s receptionist, what she loves most about working in the construction industry, and more. 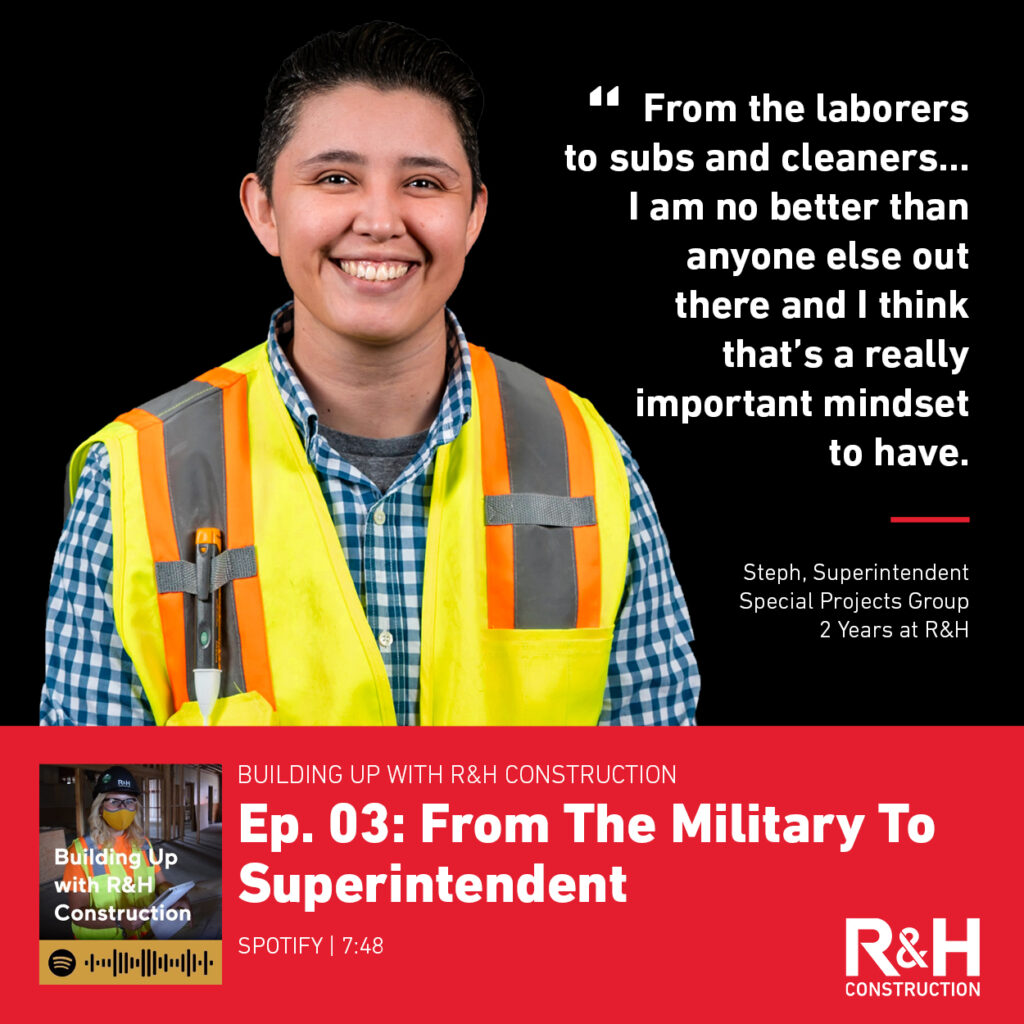 Steph joined our team two years ago and works with our Special Projects Group to lead the construction of several tenant improvement projects, as well as being an active member of R&H’s Safety Committee. Listen to hear more about her non-traditional path to becoming a Superintendent, what skills she brought from being in the military, and her outlook on managing day-to-day challenges. 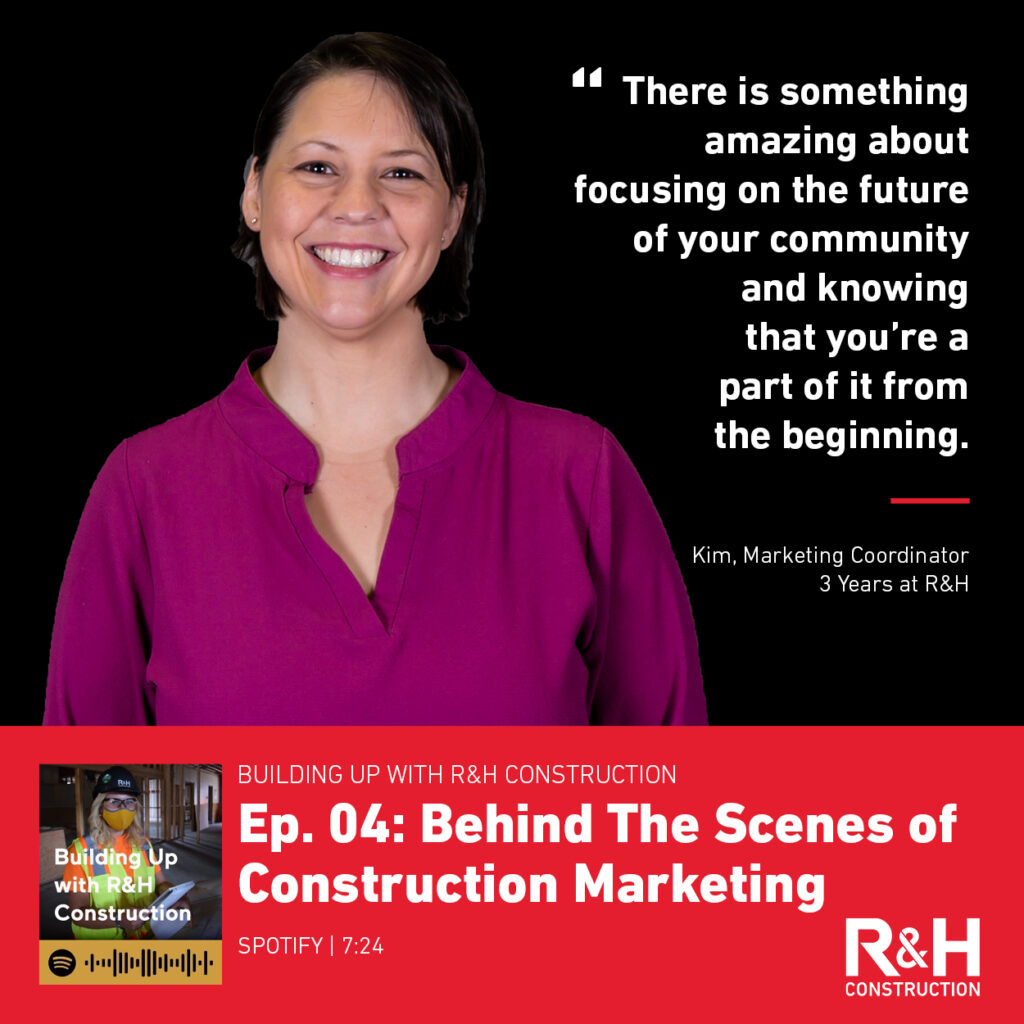 Our final episode on our Women In Construction Week series features Central Oregon Marketing Coordinator, Kim Cook! Kim dove into the construction industry when she joined the R&H team several years ago and provides tremendous value to marketing and company initiatives in Central Oregon and beyond. She wears many hats including designing, writing and photographing a wide range of projects, and telling their stories during and long after they’ve been completed.